Gathering on the quay at the VE/VJ day celebrations, predictably – it is England – there was both spitting rain and bursts of hot sunshine. The last post began, then a piped lament and the reveille followed.  I almost always cry at this point. I think in response to a deep awareness of both courage and violence spanning generations and also, today, in response to the vulnerability of the back of my daughter’s neck in her ironed uniform.

I wanted to dismiss the military celebrations as a façade hiding the realities of violence and war; especially being aware of the complicated backstory in Afghanistan and its current despair.

And yet…. to value the celebrations as a way to honour the astonishing self-sacrifice of our fellow humans. I am often overawed when I cycle past the marines camp, knowing that there are those who still choose to lay down their lives forother people.

And….part of me is sickened that they should even need to do that.

I also know that should my family be threatened in my presence, I would without hesitation, place myself between them and the attacker.

The author of Ecclesiastes could be inhabiting my swaying heart space.  I’m not sure why I’m surprised, but I am, to know that even somewhere before the 2nd Century BCE there were other humans who knew this tension and wanted to write about it, to speak out against any simplistic living out of faith.

I would love to sit down with the author of Ecclesiastes’ poetry and ask how they inhabited this inbetween-ness of things?

How and why did they reject the much easier option of choosing to inhabit only one side or the other?

Did it just not make sense any more?

There are wise thinkers who say that, within the limitations of our human hearts and brains, it is almost impossible to hold both sides of an issue in full focus.

If we’re going to hold the tension, somehow we have to move from one aspect to another, or at least to stay on the central pivot post, taking turns to look at both ends of the mental see-saw.

That day, we literally went from weeping, to dancing as we moved down the quay together and listened to a 1940s swing group, singing hopeful harmonies, then home for a cuppa and to try and get some of these thoughts down on paper.

Friends I know, will be wryly smiling, as I dare to acknowledge what they’ve been telling me for years….that living in this liminal space, as a way of being, isn’t a stage to be endured, but is perhaps where wisdom lies…ok, I’m slowly getting it and maybe, more importantly, the wisdom of Ecclesiastes is getting me, getting into my heart.

These words are attributed to Sister Ruth Fox, as she prayed for wisdom for her graduating students in North Dakota in 1985;

“May God bless you with discontent with easy answers, half-truths, superficial relationships, so that you will live from deep within your heart.” 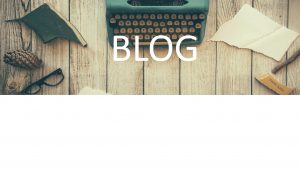